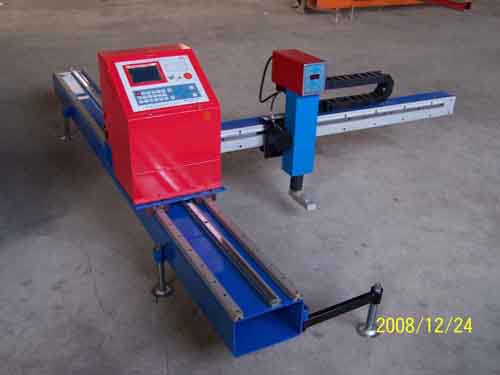 During the "Twelfth Five-Year Plan" period, China's CNC cutting machine industry will present three major trends: industrial agglomeration, regional development strengthening, and further expansion of industrial distribution. It will further cluster in the provinces where scientific research institutes in the eastern coastal regions have concentrated and innovative capacity, and A small number of central cities in the central and western regions and northeast regions have further strengthened the differentiation of regional development. The geographical division of labor is more clear, the hot spots for industrial development will continue to emerge, and the industrial layout will further exhibit regional characteristics. As a newly emerging industry in the growth stage, the layout remains. Unsteady, it will spread further. Recently, relevant data released by investment advisory agencies showed that the regional characteristics and development trends of China's CNC cutting machine manufacturing industry were analyzed.

From the perspective of regional division of labor, the development of the CNC cutting machine manufacturing industry has been strengthened and the division of labor has become more clear. The Bohai Rim region is an important research and development, design, and manufacturing base for CNC cutting machines in China. Among them, Beijing is an R&D center for aviation, satellite, and CNC machine tools, and Liaoning, Shandong, and Hebei rely on their marine advantages, and they are based on the original equipment industry. It gradually developed into an industrial gathering area for marine engineering equipment, CNC machine tools, and rail transit equipment. At present, the Yangtze River Delta has initially formed a relatively complete equipment manufacturing industry chain including research and development, design, and manufacturing, and has featured prominently in aviation, marine engineering, and intelligent manufacturing equipment. The central and western regions focus on the development of aerospace, rail transportation equipment and intelligent manufacturing equipment with Sichuan, Shaanxi and Hunan as the center.

At the same time, a number of new-type industrial bases related to the CNC cutting machine industry are gradually being formed. At present, there are 14 new-type industrialized bases related to the CNC cutting machine industry, distributed in 9 provinces and cities. Among them, there are five in the Bohai Rim Region, one in the Western Region, four in the Yangtze River Delta Region, one in the Central China Region, one in the Pearl River Delta Region, and two in the Northeast Region. In the future, key emerging cities in China's CNC cutting machine manufacturing industry will continue to emerge, and will drive the development of the surrounding areas to form regional industrial clusters; regional division of labor will be reflected in various regional industrial clusters; the central and western regions will be supported by policies. Relying on its resource advantages will accelerate development.

The future layout of the CNC cutting machine industry will present further regional features. The R&D and headquarters links will be further concentrated in the regional center cities, while the peripheral areas of the central city and the third-tier cities will further strengthen investment in manufacturing and undertake industrial transfer. The overall strength of the eastern coastal areas will be further enhanced, while the central and western regions will have greater breakthroughs in sub-sectors such as rail transit, satellites, and numerical control machine tools, and are expected to become the fastest growing regions in China's CNC cutting machine manufacturing industry.

Although China's CNC cutting machine manufacturing industry has initially formed a two-nuclear, multi-center spatial layout, the layout is far from stable and will further spread. The Bohai Rim, the Yangtze River Delta, and many regions and cities in the western region are based on strong industrial bases and the advantages of national key military research institutes to further enhance the industry level. The high-end proportion of the equipment industry continues to rise, but under the hard constraints of land and other factors, The CNC cutting machine industry may spread to other regions in central and western China. For individual subdivided areas such as satellites and their application industries, the instability of their layout is even greater, and the industrial structure is likely to change dramatically.

PA6 Rod and sheet have the most comprehensive performance, including mechanical strength, stiffness, toughness, mechanical shock absorption, and wear resistance. These properties, combined with good electrical insulation and chemical resistance, make PA6 a "universal grade" material for the manufacture of mechanical structural parts and serviceable parts.PA6 rod and sheet are widely used in the manufacture of gears and parts for chemical machinery and anti-corrosion equipment.